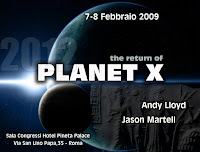 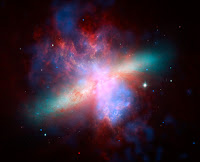 RECENT PROOF ABOUT POLES REVERSAL IN CONNECTION WITH PLANET X

- A Tale of Extraterrestrial Politics in the White House. Uncover the true history of the US President's ( from Truman to Bush) involvement with UFOs and extraterrestrials in pictures and articles.
http://www.presidentialufo.com/
Publicat de Cristi la 12:47

PROZAC, USED BY 40M PEOPLE, DOES NOT WORK, SAY SCIENTISTS 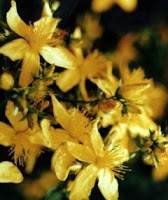 THE "HEART - KIDNEYS" THEORY AND THE PSYCHOLOGY OF THE FUTURE 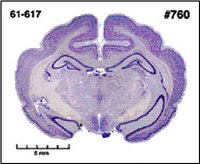 • T. Szasz, American psychiatrist: "If you talk to God, you're praying. If God talks back to you, you're accused of schizophrenia… The term 'mental disease' is a 'metaphor'; it doesn't represent a medical condition or illness, only a paramedical 'tag' used to hide a conflict under a disease and destined to justify the coercion as a treatment."
• E. Goffman, American sociologist: "The psychiatric hospitals are characterized by an extremely authoritative logic… the illness doesn't have a significant importance in the life of the patient."
• Stanislav Grof, American psychiatrist: "The materialistic science's approach has become a strait jacket which inhibits the progress instead of encouraging it."
http://www.ufodigest.com/news/1207/heart-kidneys.html
Publicat de Cristi la 12:10 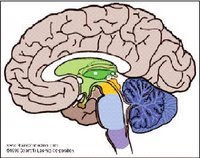 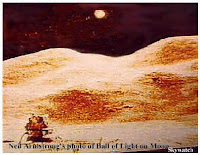 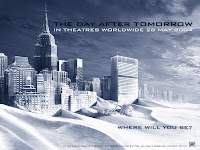 a) Now the Pentagon tells Bush: climate change will destroy us
· Secret report warns of rioting and nuclear war
· Britain will be 'Siberian' in less than 20 years
· Threat to the world is greater than terrorism
http://www.guardian.co.uk/environment/2004/feb/22/usnews.theobserver

GLOBAL WARMING, THE WAR ON TERRORISM, AND THE EXTRATERRESTRIAL LINK TO "PLANET X" 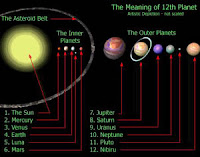 Independent scholarly testimony suggests that humanity may not be getting the full truth about Global Warming. It is apparent that harmful industrial by-products associated with Greenhouse Gas emissions have contributed to a context of Global Warming. Indeed, there in no doubt that industrial toxins produced by a political economy of legitimated greed, threatens overall human quality-of-survival in a manner, that is not limited to 'Climate Change'. But critical evidence also suggests that the re-entry of a "Planet X", into Earth's time-space, is creating a "gravitational" effect on Earth, that has historically manifested in Global Warming. Planet X, has been documented to be a huge "Jupiter-sized" planet, with a elliptical, rather than circular, à la all other known planets in our solar system, in its orbit...Public relations "Half-truths" on Global Warming Have you ever admired former U.S. Vice-President Al Gore's speeches, but perhaps for a second or two wondered where was his enthusiastic leadership on Global Warming, and other deteriorating environmental issues, during his Vice-Presidency? Wasn't the Bill Clinton Presidential administration, similar to the current Bush administration, a general friend of Big Oil's desire to marginalize or ignore vital environmental conservation and alternative clean technologies? ... A variety of intellectual dissidents have suggested that Al Gore is in fact, still working on behalf of the One Party State, by "distracting" humanity from an apparent Off-world explanation for Global Warming. These "intellectual dissidents" include Cristian Negureanu, who is the author of Planet Eris and the Global Warming. Yes, it is apparent that Greenhouse Gas Emissions from a scientific standpoint, is a contributing factor to a context of Climate Change. However, the pivotal reason for destabilizing planetary Climate Change, as Cristian Negureanu, and other writers suggest, may very well be a planet that apparently re-enters Earth's region of time-space once every 3,600 years. Apparently, this planetary constellation, has caused historically recorded ancient environmental cataclysms. This has included the warming-up of polar regions, drought, horrific famines and great floods. Full story: 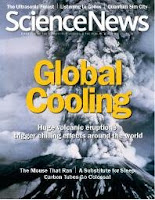 THE BIBLE AND THE THIRD WORLD WAR - THE 1000 YEAR KINGDOM

- The Bible talks about a series of religious and political leaders on the historical scene before the beginning of a new world conflagration. Here is a short abridgement of my book " The Bible and the Third World War ", published in 1992 at Romfel Publishing House, Bucharest. On the same issue, I also recommend the book " The Late, Great Planet Earth " by Hal Lindsey and C. C. Carlson:
http://www.ufodigest.com/news/1107/1000.html
Publicat de Cristi la 09:39

JOSHUA - THE LONGEST DAY AND THE RETURN OF PLANET X

MOSES AND THE SPACESHIPS OF THE GODS 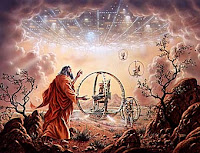 ABRAHAM - THE SPACESHIPS OF THE GODS AND THE HIROSHIMA OF ANTIQUITY 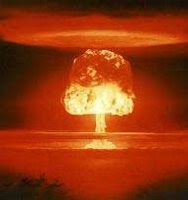 - I'll present in the following a few aspects from the life of Abraham, the patriarch (approximately 1.900 B.C.), proving that he had encountered the Anunnaki/Elohim and their spaceships:
http://www.ufodigest.com/news/0208/abraham.html
Publicat de Cristi la 09:04

THE SUBMARINE AND THE TRANSATLANTIC LINER 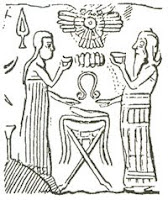 According to the ancient writings - the Sumerian ones and the Bible - two types of genesis took place on earth:
http://www.ufodigest.com/news/1107/genesis.html
Publicat de Cristi la 08:35 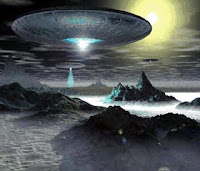 THE BIBLE AND THE INVISIBLE UFOs 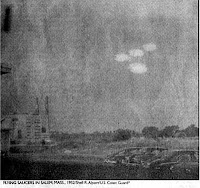 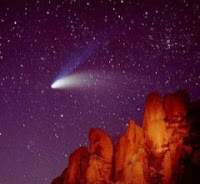 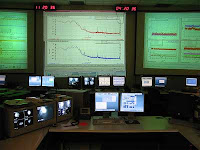 ENOCH AND THE PLANET ERIS/ NIBIRU 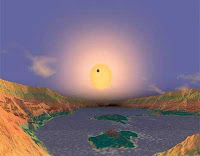 JOURNEY TO THE CENTRE OF THE EARTH 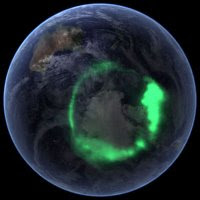 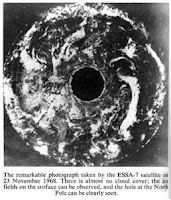 - Zecharia Sitchin, The Twelfth Planet... One of Nibiru's satellites cut Tiamat in two, thus forming the "Sky", the asteroid belt between Mars and Jupiter, and the other half formed the Earth, with its own, independent orbit...
- Professor M. Brown... 2003 EL 61 is the vestige of another planet which suffered a COLLISION WITH A CELESTIAL BODY, IN THE BEGINNING OF OUR SOLAR SYSTEM, 4,5 billion years ago. Full story:
http://www.ufodigest.com/news/0907/modernscience.html
Publicat de Cristi la 06:32 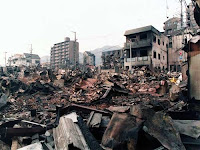 - The hammer found in 1934 in the suburbs of the town London (Texas, U.S.A.); its spectroscopic analysis shows an alloy unknown to our industry. The hammer is several hundreds years old.
- On the river banks of Paluxi (Glen Rose, Texas), the archeologist Carl Baugh from the State University from Pennsylvania discovered the footsteps of a man near those of a dinosaur.Full story:
http://www.ufodigest.com/news/1007/darwin.html