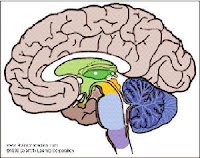 The Antipsychiatry Coalition is a nonprofit volunteer group consisting of people who feel we have been harmed by psychiatry - and of our supporters. We created this website to warn you of the harm routinely inflicted on those who receive psychiatric "treatment" and to promote the democratic ideal of liberty for all law-abiding people that has been abandoned in the U.S.A., Canada, and other supposedly democratic nations:
http://www.antipsychiatry.org/index.html
• T. Szasz, American psychiatrist: "If you talk to God, you're praying. If God talks back to you, you're accused of schizophrenia… The term 'mental disease' is a 'metaphor'; it doesn't represent a medical condition or illness, only a paramedical 'tag' used to hide a conflict under a disease and destined to justify the coercion as a treatment."
• E. Goffman, American sociologist: "The psychiatric hospitals are characterized by an extremely authoritative logic… the illness doesn't have a significant importance in the life of the patient."
• Stanislav Grof, American psychiatrist: "The materialistic science's approach has become a strait jacket which inhibits the progress instead of encouraging it."
* Prozac, used by 40M people, does not work, say scientists:
http://cristiannegureanu.blogspot.com/2008/10/prozac-used-by-40m-people-does-not-work.html
* 'St John's Wort plant as effective as Prozac for treating depression', say scientists:
http://www.dailymail.co.uk/health/article-1072414/St-Johns-wort-plant-effective-Prozac-treating-depression-say-scientists.html
* The "Heart-Kidneys" Theory and the Psychology of the Future:
http://cristiannegureanu.blogspot.com/2008/10/heart-kidneys-theory-and-psychology-of.html