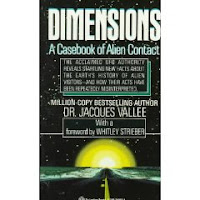 More seriously, the description made at Fatima, Portugal, OF ASILVERY DISK WHICH FLEW THROUGH THE SKY, WAS SEEN BY SEVENTY THOUSAND WITNESSES AND WAS PHOTOGRAPHED AS IT MANEUVERED, deserves a place in our resume of the 'flying saucer' legend:
http://www.ufoseek.org/fatimajv.htm
* The artificial impregnation of Maria, the Mother of Messiah Jesus/ Enlil - according to the Bible and not to the Sumerian genesis in which"the virgin"Ninki gives life to the first monkey - human creature, after her the artificial fecundation, she also gave birth to at least 6 children, 4 boys and 2 girls:
http://cristiannegureanu.blogspot.com/2008/10/submarine-and-transatlantic-liner.html
* The involving of Catholicism into the Babylonian paganism is mentioned in the Bible:
"A woman clothed with the sun, with the moon under her feet and a crown of twelve stars on her head… the woman was dressed in purple and scarlet, and was glittering with gold, precious stones and pearls. She held a golden cup in her hand, filled with abominable things and the filth of her adulteries. This title was written on her forehead: MYSTERY BABYLON THE GREAT - THE MOTHER OF PROSTITUTES - AND OF THE ABOMINATIONS OF THE EARTH. I saw that the woman was drunk with the blood of the saints, the blood of those who bore testimony to Jesus"(the million of Jews and Christians and also scientists bestially killed by the Vatican - A/N) (Revelation 12:1; 17:4-6).
One more confirmation can be found at conspiration.cc where the following are written under the picture of a woman with a child in her arms: "Ninhursag and Adamu! Isis and Horus! The astrological sign of the virgin surrounded by the zodiac and holding the Sun in her hands! (The day of the Sun, 25th of December - the birthday of the Azazel-like Baby conceived through genetic engineering by Enki and Ninhursag - A/N). She is also a symbol of the chief nurse who assisted Enki in creating the first hybrid 'Adama'. This image brings us to the Babylonian epoch, 1.500 years before the history of Christ":
http://cristiannegureanu.blogspot.com/2008/10/enoch-and-planet-eris-nibiru.html
* The Genesis of the Monkey People and the Genesis of the Anunnaki People:
http://cristiannegureanu.blogspot.com/2008/10/genesis-of-monkey-people-and-genesis-of.html
* The Unknown History of Mankind - the Bodies of Messiah:
http://cristiannegureanu.blogspot.com/2008/10/unknown-history-of-mankind-bodies-of.html