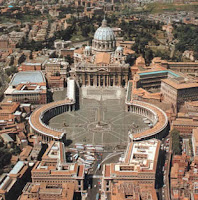 a) Insiders from NASA, DoD national military intelligence, SETI, and the CIA speculate 2/3 of the population of the planet could perish during the coming pole-shift caused by the passage of Planet X. Another 2/3 of those that survive initially could pass away to starvation and exposure to the elements within 6 months. Most every secretive government agency in the USA is fully aware of what is expected and are readying themselves. The Vatican is fully abreast of what is expected:
http://www.bibliotecapleyades.net/hercolobus/esp_hercolobus_2_01.htm
b) Planet X and the Bible:
http://cristiannegureanu.blogspot.com/2008/11/planet-x-and-bible.html
c)"But immediately after the tribulation of those days THE SUN WILL BE DARKENED, and THE MOON WILL NOT GIVE ITS LIGHT, and THE STARS WILL FALL from the sky, and the powers of the heavens will be shaken. And then THE SIGN OF THE SON OF MAN (PLANET X = THE PLANET OF THE CROSSING - A/N) WILL APPEAR IN THE SKY, and then all the tribes of the earth will mourn, and they will see THE SON OF MAN COMING ON THE CLOUDS OF THE SKY (spaceships - A/N) with power and great glory.
And He will send forth HIS ANGELS with a great trumpet and THEY WILL GATHER TOGETHER HIS ELECT from the four winds, from one end of the sky to the other." (Matthew 24:29-31).
THE 1000 YEAR KINGDOM:
http://cristiannegureanu.blogspot.com/2008/10/bible-and-third-world-war-1000-year_25.html